I eat – typically cooked – eggs at every breakfast. Preparing them has become part of my morning routine and has been an easy task along with other morning activities. Until it wasn’t …

I have used an old electronic kettle to cook the eggs. Ten minutes after the boiling has stopped I pour the hot water out and replace it with cold. The result is perfect hard boiled eggs – on most occasions. A small amount of vinegar in the cooking water keeps the eggs from exploding.

It worked fine until the boiling detector on the kettle stopped working. I decided to get a “real” egg cooker instead. My memories of such a device were a terrible screeching noise once the water has vaporized and the smell of heated plastic. However, presumably some development has taken place in the last 30 years. 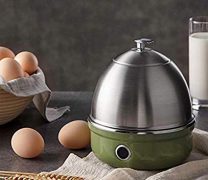 For a while, I looked at the available options and was amazed by how few devices automatically switch off when the eggs are done. I see no good reason why the appliance that finished the job should need to be turned off manually. Then I found a technically interesting egg cooker listed at Amazon Germany. It is completely metallic and switches off automatically.

On October 20th, I placed an order for the cooker and began waiting for the delivery, which was due by November 7th. It was only from the order confirmation that I learned that the product would not be shipped from Germany but from China. That explained the three-week delivery period. The order confirmation atypically did not have a tracking link, but only a reference to a carrier unknown to me and a peculiarly long tracking code.

In early November, I asked – through Amazon – for better tracking information from the sender, and I got it quickly. It showed that on November 7th the package had “arrived in the country of destination”. Then the postal strike began in Finland. I tried in vain to find out which carrier would handle it in Finland. Once the strike was over on November 29th, a new tracking note appeared stating that an “attempt to deliver” had been made. I happened to be home that day and the doorbell definitely did not ring. After reporting this to Amazon, I received a reply that the delivery would take place in the next two days.

I wasn’t convinced by the automatic reply from Amazon, so I started to investigate. The tracking information I had received revealed the carrier at the China end. Their website was only in Chinese, but with the help of Google Translate I found a field where to place the tracking code. It took me to a different tracking page giving the same information as the web site I had used earlier.

However, this new page had one more important piece of information. There was a so-called “last mile” tracking code. This new code belonged to the Estonian Post Office and using that revealed that my package had already been delivered to the postal pickup location in our local grocery store. Of course I had not received any notification from the postal service – surprise, surprise. I collected a package that looked like it had been delivered by Ace Ventura.

However, when I opened the package, the contents were intact. The first thing in there was a user manual leaflet – only in Chinese. Then I noticed that the power plug was one that might fit into a British outlet but not a continental European or a Finnish one. When I studied at the appliance, I found the Chinese CCC certification for electric devices, but no EU approved CE or RoHS markings. 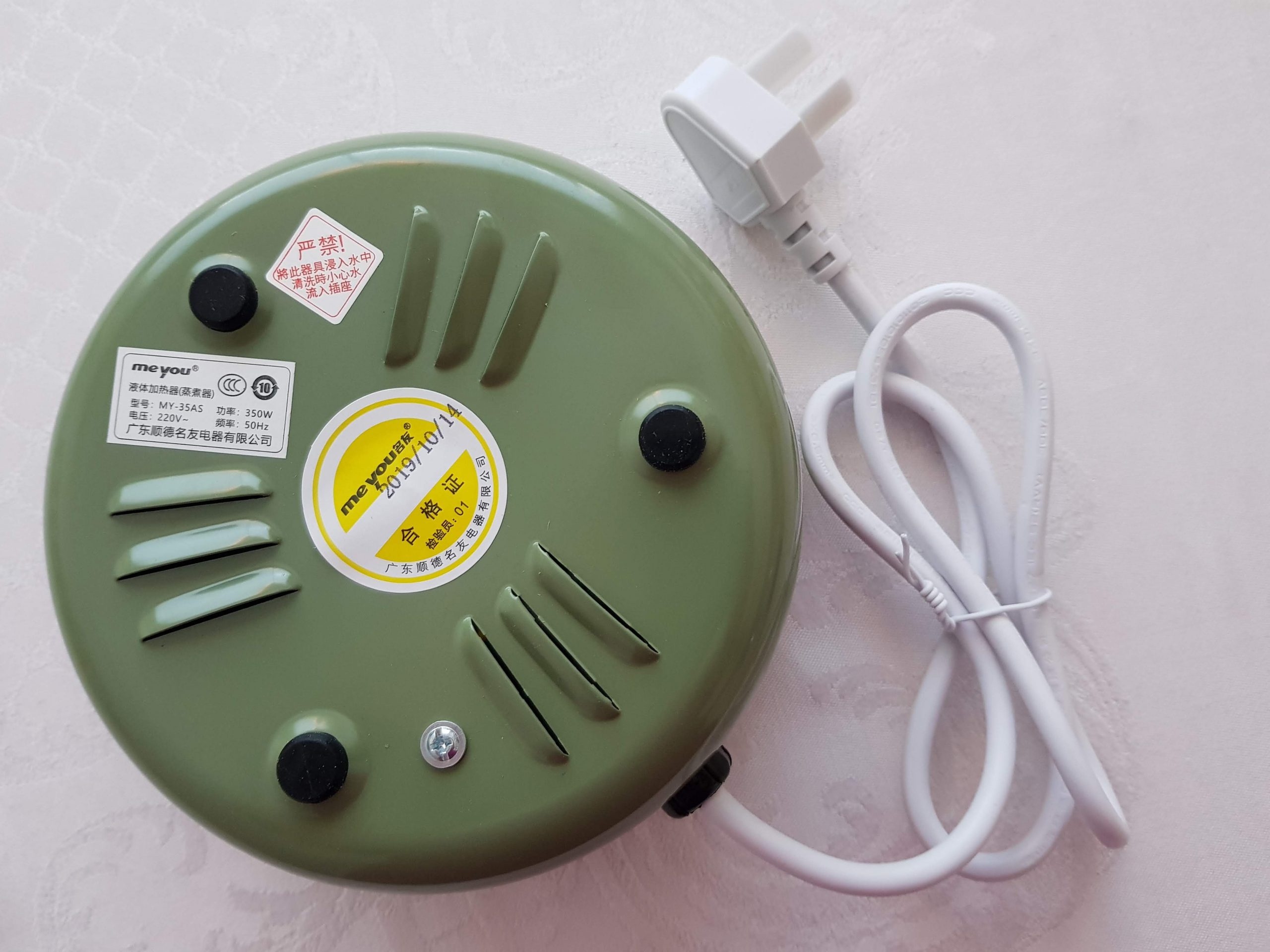 You would think that Amazon Germany would sell appliances approved for Europe, right? I had specifically ordered from Germany and not from Amazon UK to make sure I would get a power plug that fits a Finnish outlet. So much for assurances. Now I’m waiting for a return code from Amazon – and a different product from another online store …

We use cookies on our website to give you the most relevant experience by remembering your preferences and repeat visits. By clicking “Accept”, you consent to the use of ALL the cookies.
Cookie settingsACCEPT
Manage consent

This website uses cookies to improve your experience while you navigate through the website. Out of these, the cookies that are categorized as necessary are stored on your browser as they are essential for the working of basic functionalities of the website. We also use third-party cookies that help us analyze and understand how you use this website. These cookies will be stored in your browser only with your consent. You also have the option to opt-out of these cookies. But opting out of some of these cookies may affect your browsing experience.
Necessary Always Enabled
Necessary cookies are absolutely essential for the website to function properly. These cookies ensure basic functionalities and security features of the website, anonymously.
Functional
Functional cookies help to perform certain functionalities like sharing the content of the website on social media platforms, collect feedbacks, and other third-party features.
Performance
Performance cookies are used to understand and analyze the key performance indexes of the website which helps in delivering a better user experience for the visitors.
Analytics
Analytical cookies are used to understand how visitors interact with the website. These cookies help provide information on metrics the number of visitors, bounce rate, traffic source, etc.
Others
Other uncategorized cookies are those that are being analyzed and have not been classified into a category as yet.
Advertisement
Advertisement cookies are used to provide visitors with relevant ads and marketing campaigns. These cookies track visitors across websites and collect information to provide customized ads.
SAVE & ACCEPT
Powered by